Today, rising Bronk drill star Sha EK (pronounced Shah–ee-kay) releases “We Droppin,” his sinister new single on Defiant Records/Warner Records. The song pairs the phenom with PGF Nuk, who is quickly making a name for himself as one of Chicago’s most exciting new talents. “We Droppin” is accompanied by a new video, which brings the track’s explosive energy to life. Watch it above.

It’s fitting that “We Droppin” sees New York and Chicago connect. The song captures the freewheeling danger and serious stakes that made drill music fascinating when it emerged from the latter city a decade ago and has continued to be a central part of the genre’s thrill as it spread across the globe. Where Sha EK opens the track in with a fury of rapid-fire bars and sheer power, PGF Nuk takes a slightly subtler approach, injecting his bars boasting about the different elements including his fashion.” The video communicates all of this confidence and vitality.

Sha EK has earned rapturous acclaim for his contribution to drill music’s continued evolution in New York. Publications including Pitchfork and Complex have touted him as one of the genre’s most promising young artists, one adept at inserting his deeply felt, street-level reportage into drill’s deceptively intense technical framework. With “We Droppin,” Sha EK proves he’s earned his spot as one of New York’s most acclaimed new rappers.

ABOUT SHA EK:
Sha EK is at the forefront of a new wave of urgent, militant, and captivating street rap: Bronx drill. The 19-year-old’s booming, serrated rasp overflows with the aggression and emotion required to tear through the most thunderous and frenetic drill beats. On energetic, war-ready singles like the smash “D&D,” the South Bronx native brings you to the trenches, moving at breakneck speed through places where shots could ring out at any moment. Born Chalim Perry to Honduran parents, Sha EK spent much of his upbringing observing the harsh realities of the Melrose section of the South Bronx. At 15, he survived a gunshot wound while walking in his neighborhood, which prompted him to record the vivid and visceral drill we hear today. Local support mounted with each single he released, but Sha Ek broke beyond his neighborhood with 2020’s “D&D.” With over 5.2M views on YouTube alone, “D&D” has become a Bronx drill anthem that proves the subgenre has the potential to reach well beyond the five boroughs. Now that he’s signed to Warner Records, Sha EK’s working tirelessly on his debut project. He believes what comes next will advance the sound of Bronx drill while showcasing his own stylistic and melodic capabilities. His intensity remains, but these days he’s also recording soulful tracks that capture his pain and will surely echo out into the listening world. No matter how far his music reaches, every win is a victory for his city, his neighborhood, and his family. 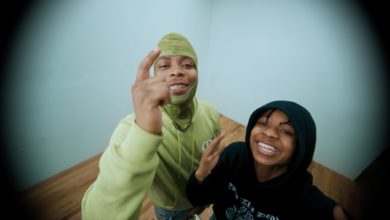