Rapper and Bored Ape NFT evangelist Eminem has dropped his second compilation album, Curtain Call 2. The follow-up to Slim Shady’s 2005 greatest-hits collection landed on August 5 and is stuffed with some of his most well-known tracks and treats from the vault. “Is This Love,” the previously unreleased 50 Cent collaboration from 2009, is one of those treats. Produced by mentor Dr. Dre, Eminem spells lots of words over the classic g-funk bounce (“I’m H-I-G-H … the B-O-D-Y is C-R-A-Z-Y,” he croons). Eminem left room for another Dre-50 collab on the compilation album: “Crack a Bottle,” which dropped with an accompanying music video earlier this week. The rest of the album is made up of songs we’ve already heard. Including releases dating back to 2009’s “Relapse,” Curtain Call 2 isn’t limited to Eminem’s solo work. The album also pulls from his guest appearances and collabs, including “The King and I,” which he recently dropped with CeeLo Green for Baz Luhrmann’s Elvis biopic. Other recent singles include “From the D 2 the LBC,” the stoner song he made with Snoop Dogg. The double-disc, 35-track collection has appearances from the Queen Bey, Rihanna, Juice WRLD, Kehlani, Pink, Ed Sheeran, and more. While you stream Eminem’s oldies, feel free to gaze upon the album’s pinball-machine-themed artwork. There’s a lot to take in — including numbers that can be flipped upside down to create words like “BOOBSS” and “ASSHOL.” 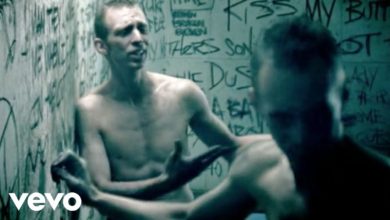