Over a month after releasing his 11th No. 1 album Honestly, Nevermind, Drake returns with a music video for one of the standout tracks, “Sticky.”

The Theo Skudra-directed visual includes footage of Drake in the woods and partying on a boat, with a big spotlight for the Virgil Abloh-designed off-road Maybach, which the late fashion mogul created last year in partnership with Gorden Wagener, Mercedes-Benz Group AG’s chief design officer.

In a shoutout to the incarcerated Young Thug, Gunna, and YSL associates, an appropriately slimy “Free YSL” graphic flashes at one point, similarly to the visual for Honestly, Nevermind cut “Falling Back.”

Back in June, Gordo (f.k.a. Carnage) opened up about crafting the house-inspired beat for “Sticky” in an interview with British GQ. “I started sampling an MP3 record of his and chopping it up,” Gordo explained. “I ended up making the ‘Sticky’ beat on the plane. I texted [Drake], and when he replied at 4pm I was already in the kitchen at his house. I played him the beat and he was like, ‘Woah.’ At that moment J. Cole walked in because he was at the house playing basketball. They recorded that night.”

Gordo added, “Me and Drake are both tired of sad or angry music. We want to make people dance and have a good time.” 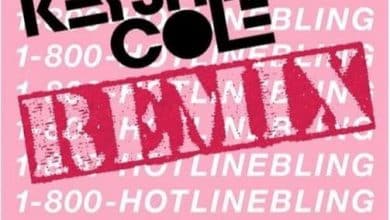 Behind The Scenes: Waka Flocka Flame Feat. Drake “Round Of Applause”