Last week charlieonnafriday released his latest single, a low-key banger “Enough,” that earned over one million streams in the first 72 hours of its release. Ahead of “Enough” dropping, charlieonnafriday hit the one million follower mark on TikTok, nabbing over 2.1 million likes in 30 days. In essence, it’s only up from here for the Seattle native artist. Today, he’s releasing the music video for “Enough” that proves he’s got everything he needs to claim up next — in the video, Charlie exudes charm & charisma as he effortlessly leaves a relationship that’s no longer serving him. The video sees Charlie walking onto better things, like the superstar career ahead of him.

“Enough,” showcases Charlie’s preternatural skill to combine a rapper’s flow with pop instincts — crafting a melodic, genre-bending banger. His delivery is defiant, holding his head high as he serves up bars like, “Had to walk away from all the lies/I think that it’s time for me to rise again.” After all, the “Onna Friday” ethos is a keep-moving-forward mentality about knowing tomorrow isn’t promised so there’s always a reason to celebrate like it’s a Friday. By the time the song is over, Charlie is already on to better things.

“Enough” follows the Seattle rapper’s breakout single “After Hours,” and ONNAFRIDAY EP that featured Kidd G and Lil Keed (rest in peace ?). Charlie was already on the map in Seattle, being mentored and close friends with his childhood hero Macklemore, but the success of ONNAFRIDAY put him on the map globally as he’s amassed over 12M likes and 1MFollowers on TikTok and and 1.5M Monthly Listeners on Spotify.

“…wouldn’t be surprised if he has another multi-million play track on his hands with ‘Enough.'” — Lyrical Lemonade

ABOUT CHARLIEONNAFRIDAY:
To understand charlieonnafriday and where he’s headed, it’s important to go back to where he started. Raised in many neighborhoods in and around Seattle, but noting the Greenlake neighborhood as his home, Charlie says, “I just like capturing moments.”

When COVID hit in 2020, Charlie was a junior in high school and started thinking big-picture about what he wanted to do with his life. He reflected on what brought him the most joy, and knew music was it — specifically, continuing the lineage of iconic artistry that comes out of a city like Seattle. And then he manifested a career. By his senior year, he focused his songwriting and landed a hit with the slow banger “After Hours.” The song distilled the essence of the party, connecting with young people all over the world, as well as older adults remembering the good old days.

From there things happened fast. Just a few months later, Lil Keed wandered into the studio where Charlie was recording in L.A., heard what Charlie was working on, and demanded a track together immediately. They made “Misfit,” right on the spot, and Charlie calls it, “one of the craziest experiences of my life.” That was lucky timing. But writing anthems like “Colorado Boulder” with Kidd G, about college girls who blow all their money on “Titos and weed” — that’s not luck, that’s skill.

For Charlie it all comes back to the genesis of Seattle and that penchant for bottling life; “I’m not the same person I was in high school,” he says, having seen the world a few times now. “But I’m still making songs in my bedroom. I’m still capturing moments. And hopefully people want to live through what I capture.” 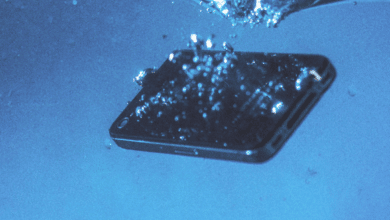