Today, Newark rapper Bandmanrill releases “Real Hips,” an electric new single that’s as playful as it is intense. Listen HERE via Warner Records. Featuring a pulsing Jersey Club beat, a dizzying flow, and crystalline confidence, the track evokes the summertime thrills, which are echoed in the accompanying video. Watch it HERE.

Flaunting his customary hyperactive energy, Bandman unloads shoutouts and flexes, evoking a spirit of loyalty and luxury. Relentless, yet buoyant, Bandman’s latest channels all the frenetic rhythms of Jersey Club, a scene he’s bringing back to the forefront of the musical consciousness with his high-octane raps.

“Real Hips” continues Bandman’s onslaught of potent tracks designed to eviscerate the club. Before that, he unleashed “Jiggy in Jersey,” a Sha Ek-assisted single that combined menace with freewheeling style. Pairing sharp wordplay with impeccable breath control and irrepressible energy, Bandman is reimagining Jersey Club in his own image — and it’s already earned him an expansive legion of fans. With the arrival of “Real Hips,” it’s safe to say Bandmanrill’s audience is set to multiply as he cements his status as one of New Jersey’s most promising rappers.

“The appeal of Bandman . . . is more than just the sound—it also offers a glimpse at how a younger generation is putting its touch on music they lived with in their childhood,”
— Pitchfork

“Turning on a Bandmanrill song feels like being dropped into a party right as its energy peaks,”
— The FADER

“someone that simply can’t be ignored, no matter what type of hip-hop you generally listen to.”
— Lyrical Lemonade

ABOUT BANDMANRILL:
Raised in Newark, New Jersey, Bandmanrill has made his name with fast-paced genre-melding tracks that show a knack for detailed wordplay and the technical prowess to coast over the intricate rhythms of club music. His singular style is already starting to resonate with listeners. Bandmanrill’s 2021 single “Heartbroken”—which marries emotional, nostalgic production to the delirious flexes contained in his lyrics—has received an average of 140k streams per week for the last two months. That track, along with equally electric offerings like “I Am Newark” and “Close Friends” have also created multiple viral TikTok moments. The songs have helped him garner over 300k monthly Spotify streams and a fan base that’s growing by the day. Mischievous and raw, blunt yet infectious, his songs are the work of an artist who has a chip on his shoulder — and he deserves it. With contagious confidence and a truly unique approach to rap, Bandmanrill is clearly just getting started. 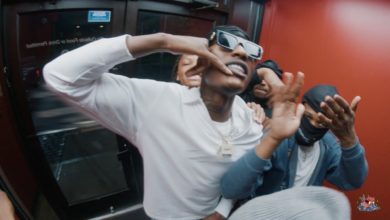 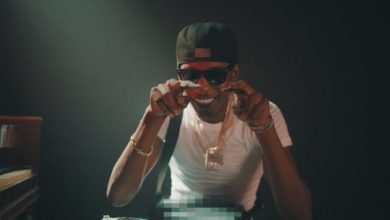